Approx. 5000 B.C.: Finno-Ugric tribes coming from Northern Asia settle in the Baltic area. They are considered to be the ancestors of the Estonians.

From 900s:  Baltic Vikings from island Saaremaa (Oeselians) and west of Latvia and Lithuania (Curonians) active in the region.  In 1187 they invade and burn the most important town in medieval Sweden – Sigtuna. (Two buried viking ships found in Saaremaa in 2008 and 2010, the larger of the vessels the first known example of a sailing ship to cross the Baltic Sea).

1219: According to legend, the Danish flag fell from heaven during the Battle of Lyndanisse (Lindanise, near modern Tallinn) as a sign from God of his support against the pagan Estonians.

From 1227 A.D.: Teutonic Knights invade large parts of Estonia. Later, only the northern parts remain under the Danish rule.

1230: Teutonic Knights found the city of Reval. Today, the city is called Tallinn – the capital of Estonia.

1346: Denmark sells its territory in the north of Estonia to the Teutonic Knights. So, now the whole Baltic region is ruled by the Germans.

1410: Teutonic Knights suffer a crushing defeat in their attempt to gain free passage from East Prussia to Estonia. The Battle of Grunwald is an important political turning point – since then, the power of the Knights began to diminish.

1558-1583: The Livonian War puts an end to the supremacy of the Teutonic Knights. By Jam Zapolski Peace, Russia accepts the division of Estonia into Polish, Swedish and Danish zones.

1561 – 1710: Estonia under the Swedish reign, 1629 Sweden expands its power by forcing the Poles out of South Estonia. The time of Swedish rule is sometimes referred to as the “good old Swedish times” as a number of reforms helped to lessen the influence of the local Baltic-German overclass to the benefit of the Estonian-speaking peasantry. Promotion of literacy among peasants was encouraged. A network of village schools was created in the 1620s.

1632: University of Tartu was established (currently the top-ranked university in the Baltics).

1700-1721: During the Great Northern War, the Tsarist troops invade the whole country, a fact that is acknowledged officially by Sweden in the Treaty of Nystad.

1739-1816: Estonian peasants situation becomes worse. The landlords get limitless right of ownership over the entire property and peasants (they become serfs).

1816: Liberation of peasants from serfdom, “free contracts” are adopted, although these represent a step back for the peasants, at least in the beginning. Local Estonians are given surnames. Compulsory primary education is established. 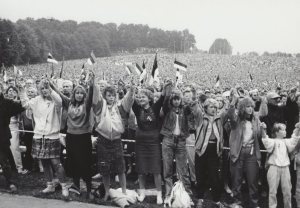 From 1870: The construction of the first railway line brings industrial revolution to Estonia.

1914-1918: During the First World War, Russian troops are forced to leave the Baltic area. For a short while, Estonia stays unoccupied. Estonia issued a Declaration of Independence on February 24, 1918.

1918-1920: After the first Estonian War of Independence the country is free. Russia, being totally demoralized by the war, acknowledges the independence of Estonia in Tartu Peace Treaty on February 2, 1920.  The first-ever Constitution of Estonia takes effect.

1920-1939: The first period of independence. The land reform distributed large holdings of the Baltic nobility among peasants and volunteers in the Estonian War of Independence. Estonian language schools were established and a guarantee of cultural autonomy for minority groups was issued in 1925.

1939-1945: During the Second World War, Estonia is first invaded by Russia, then Germany and finally again by Russia.

In the first twelve months of Soviet occupation, more than 60,000 persons were killed or deported; more than 10,000 were removed in a mass deportation during the night of June 13-14, 1941.

On June 22, 1941, Germany attached the U.S.S.R. Large areas of Estonia were freed from Soviet forces by improvised Estonian units before the German army reached Estonia. For three years Estonia was under German occupation, but by February 1944, the Russians were back on the Narva front. About 30,000 Estonians escaped by sea to Sweden and 33,000 to Germany. On September 22, 1944, Soviet troops took Tallinn.

Until 1991: Estonia is occupied politically and economically by the Soviet empire and becomes the Estonian Soviet Socialist Republic (ESSR), ruled by a government, which is subordinated to the Kremlin. Around 200,000 Russian workers are displaced into Estonia. Estonia stays in stagnation for fifty years.

1987 – 1991: Singing Revolution – hundreds of thousands of Estonians gathered publicly to sing forbidden patriotic songs and share protest speeches, risking their lives to proclaim their desire for independence. This was a non-violent revolution to end the occupation.

Since 1991: After the collapse of the Soviet Union, the Republic of Estonia (Eesti Vabariik) is established on August 20, 1991. Since then, Estonia has been officially independent. Iceland was the first country to re-recognize Estonia’s independence.

1992: Estonia brings its own money – the kroon – into circulation.

1993: Estonia is admitted to the Council of Europe as the body’s 29th member state.

2004: On March 29, Estonia becomes a full member of NATO. On May 1st, Estonia joins the European Union.

2011: Estonia becomes the 17th member of the euro zone

2013: Estonian joines the European Space Agency with its own first satellite 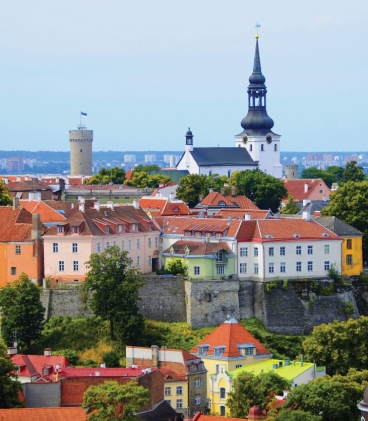