In celebration of ECU’s 65th anniversary year, staff were given the opportunity to take a day and volunteer at an organisation of our choosing. Tuuli & I were very excited to choose Seedrioru for our Staff Volunteer Day.

Both of us attended Seedrioru laager every year growing up, and worked there for a few summers afterwards. We attend the Suvihari fundraiser almost every year, and always feel at home driving down the beautiful Seedrioru laneway.

We volunteered for a day during Seedrioru Survivor Week which saw upwards of 65 kids registered, one of the biggest weeks that Seedrioru has had in years!

If you don’t know about Survivor Week, you should! It is a week dedicated to learning about the outdoors; how to protect yourself, how to build your own sturdy shelter, how to make fire and use tools, what plants and bugs to look out for, how to protect the environment, and more. At the end of the week, all of the kids spend one night sleeping in the woods under the shelters that they have worked on throughout the week. 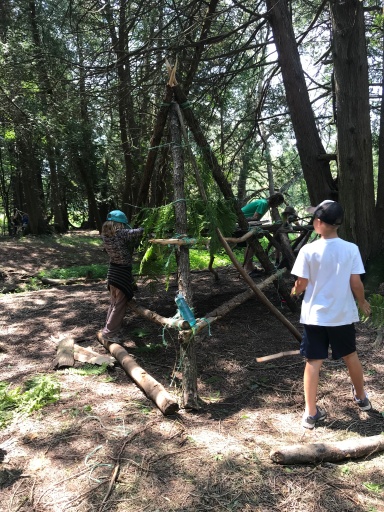 While there, Tuuli and I were assigned to helping the kids build their forts and shelters. It was great to see what the kids had come up with and how creative they were, from siding made of bark and fern, to stick roofs. We spent most of our day in the forest helping kids lash their structures, carry wood, use saws, and avoid mosquitoes!

We were also very happy to bring along ECU metal water bottles for all of the kids. As soon as we pulled them out of the box, we had many kids approach us and ask to have one right away. Our water bottles ensure that the campers are being environmentally friendly, and that they always have cool, fresh water for their long hot days outdoors! 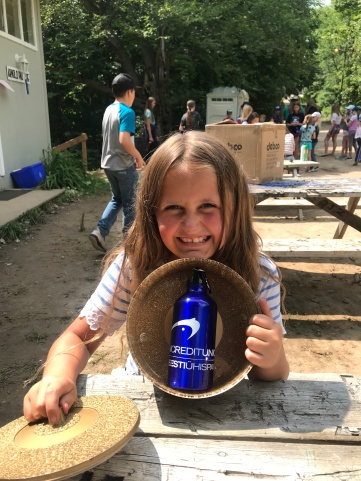 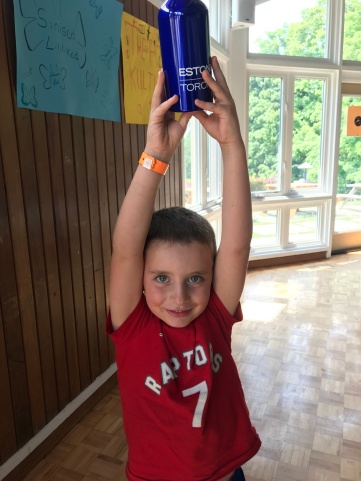 While there we also passed by the mudilaste maja and played with the younger kids. They were up to great activities from making glow-in-the-dark pillowcases, to going on their own nature walk. We also ran into our co-worker Tiiu, who was spending a week of her vacation there as a kasvataja (counsellor) with the mudilased.

All-in-all, we had a great time at Seedrioru and were very happy to have been given the chance to give back and spend some quality time in a community that we love. It was wonderful to see how enthralled all of the campers were and how much activity and learning they were doing. Elagu Seedrioru!