Northern Birch Credit Union loves to give back to the community. As part of our $15,000 contribution to the Toronto Põhjakotka Scouts for the construction of the “Põhjakotka” Cabin at camp Kotkajärve, we have offered a series of lessons on Financial literacy to the Toronto Estonian Boy Scouts and Girl Guides.

These lessons will take place three times annually during their weekly Saturday meetings and occur over the course of four years. The topics will increasingly grow in complexity and cover a variety of subjects within Financial Literacy. At the end of each year, and the end of four years, a special merit prize will be granted to those who attended the sessions.

The first of such sessions took place on Saturday November 9th. This included 1 hour for both Scouts and Guides together, with two 30 minute sections divided between the NBCU boardroom and branch.

Member Service Representative Kersti Toomik took the group on a tour through the credit union. This included steps on how to deposit a cheque, lessons on counterfeit money, a peak into the vault, and a hands-on demonstration of the money counting machine.

The board room portion of the session was taught by myself, and the theme of the lesson was “Saving and Spending”. Rather than focusing on specific budgeting techniques, the seminar focused on the overall philosophy of saving. The Scouts and Guides knew that saving is a virtue, but teaching them to understand the reasons behind why we choose to save and spend makes the overall process much easier to undertake. Factors such as familial and cultural values, peer pressure, habits, and socioeconomic status can all have an impact on how you save and spend your money, and being aware of these is critical to controlling your habits.

The idea of opportunity cost, which is defined as “the loss of potential gain from other alternatives when one alternative is chosen,” was also discussed and applied to the spending and saving framework. Using real life examples, we discussed how time lost from work and studying, despite immediate gains, may actually be a greater detriment to overall earnings and savings over time.

The idea of hidden costs was also discussed. The scenario illustrated below was given, with the option to choose between three different bicycles with costs of 7$, $160, and $16,000. Those who chose the $7 bike were hit with $250 in repair costs and maintenance, not including the time and effort of repairing the bicycle. Such examples showed the importance of critically analyzing each purchase with all additional costs in mind.

At the end of the lesson each Scout and Guide was asked to write one thing which they planned to save for in the future.  And whether the answer was University, food, or as one student put it “money for cats”, there was clearly critical thought put into why we must save for the future.

Such lessons were also briefly reiterated to the younger Cub scouts and Girl Guides in their 30-minute session in the upstairs meeting room. We also played a variety of games, including a chocolate coin based relay race and a blindfolded teamwork oriented “guess the bill” game using only the braille impressions on each bill. 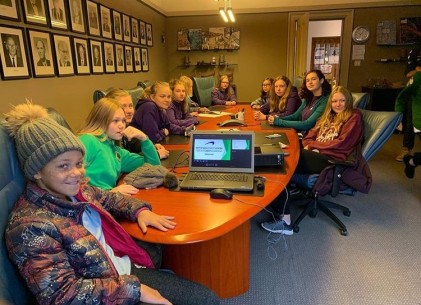 It was truly such a pleasure to work with the Guides and Scouts for this seminar, as they were a highly engaged group who will no doubt become successful future leaders in the Estonian Community. Learning to spend and save wisely is an integral life skill, and we at Northern Birch Credit Union hope we were able to impart a little bit of critical thought into how these decisions will be made in the future.

Northern Birch Credit Union is thankful to both Põhjakotka and Põhjarada for allowing us to hold these seminars, and we look forward to the next two sessions taking place in the Winter and Spring this year! 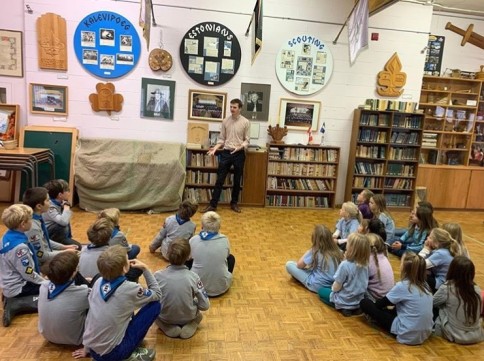